Well, the title says it all. It’s the Huawei P9 which has a dual Leica lens. Huawei Partner Leica to take the smartphone competition to entirely different level. Indeed They did it. There a not just one 1.5 micron sensor but 2 of them. One Captures RGB and other captures Monochrome image. The Mono Chrome catches more details and combining both the images gets the best picture. So that’s the concept. They thought almost like a human eye. Also, the dual lens will help us to get the best depth of field. Even we get the best details, clarity, contrast.

That about the Huawei P9 which mainly focuses on the camera. It isn’t the best flagship of 2016, but it is indeed the best camera of 2016. It can’t compete for the race against the best flagships smartphones regarding the other performance.

It is currently one of the slimmest phones. Slim doesn’t mean by a large camera hump. It has no camera hump at the back, and the sleek metal design adds an extraordinary beauty to the device. It is indeed the slim form factor. Huawei ‘s each P series phone had won an award for the design Each year. So P9 isn’t exceptional in that case. The software and hardware sync is almost done well by the company. 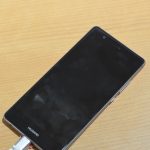 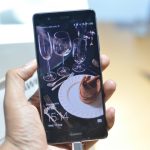 I don’t have the exact camera samples to show out. The camera when I tested in the demo unit indeed showed better details which I hardly seen in an Android phones. The details, the colour, the lighting anything is way better. Of course, there are lot modes and Pro Mode which are going to be used by the DSLR user. A normal person may hardly notice it. It’s like the person who keeps shooting picture would end-up getting one.

The phone is majorly focused for camera enthusiasts and not on the flagship specs. It has decent specs to do the things run well. You’ve got to spend 39,999rs on a phone, which is only good for camera and not so amazing specs for the price. I would say it isn’t my full review to say. It’s definitely for photographers but who other than photographers I will let you know in my full review until that time waits for my full review.